Unikkaaqatigiit: Perspectives From Inuit In Canada

When an environmental change occurs, especially one caused in part by human behaviour on a global scale, it doesn’t just affect flora and fauna, it affects all living things including people. To address the impacts of change, it makes sense to consult with those most affected. In this case it is the Inuit, living in the vast Arctic regions, who are feeling the first and substantial effects of global warming. Forces mostly outside of the Arctic have caused climate change, manifested in the Arctic by changing sea-ice, tundra, and wildlife patterns. And the traditional Inuit way of life is threatened.

Note: Only the Executive summary is available in languages other than English. 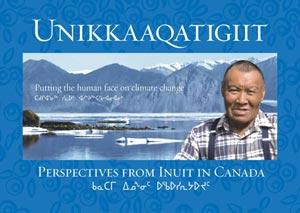