By Essential Studios™September 26, 2017 No Comments

The Community-Based Initiatives to Improve Attendance Grants were provided in March 2015 to promote new community-based initiatives aimed at improving attendance in schools located in Inuit Nunangat. The program was made possible through an endowment from the Arctic Inspiration Prize. The following communities/organizations received $5000 one-time grants: 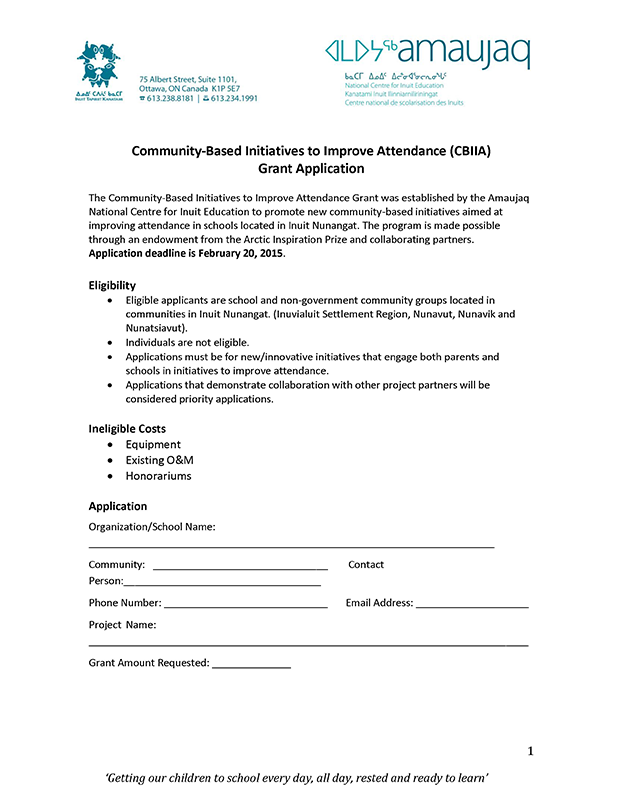 Evaluation Framework for the National Strategy on Inuit Education

Evaluation Framework for the National Strategy on Inuit Education