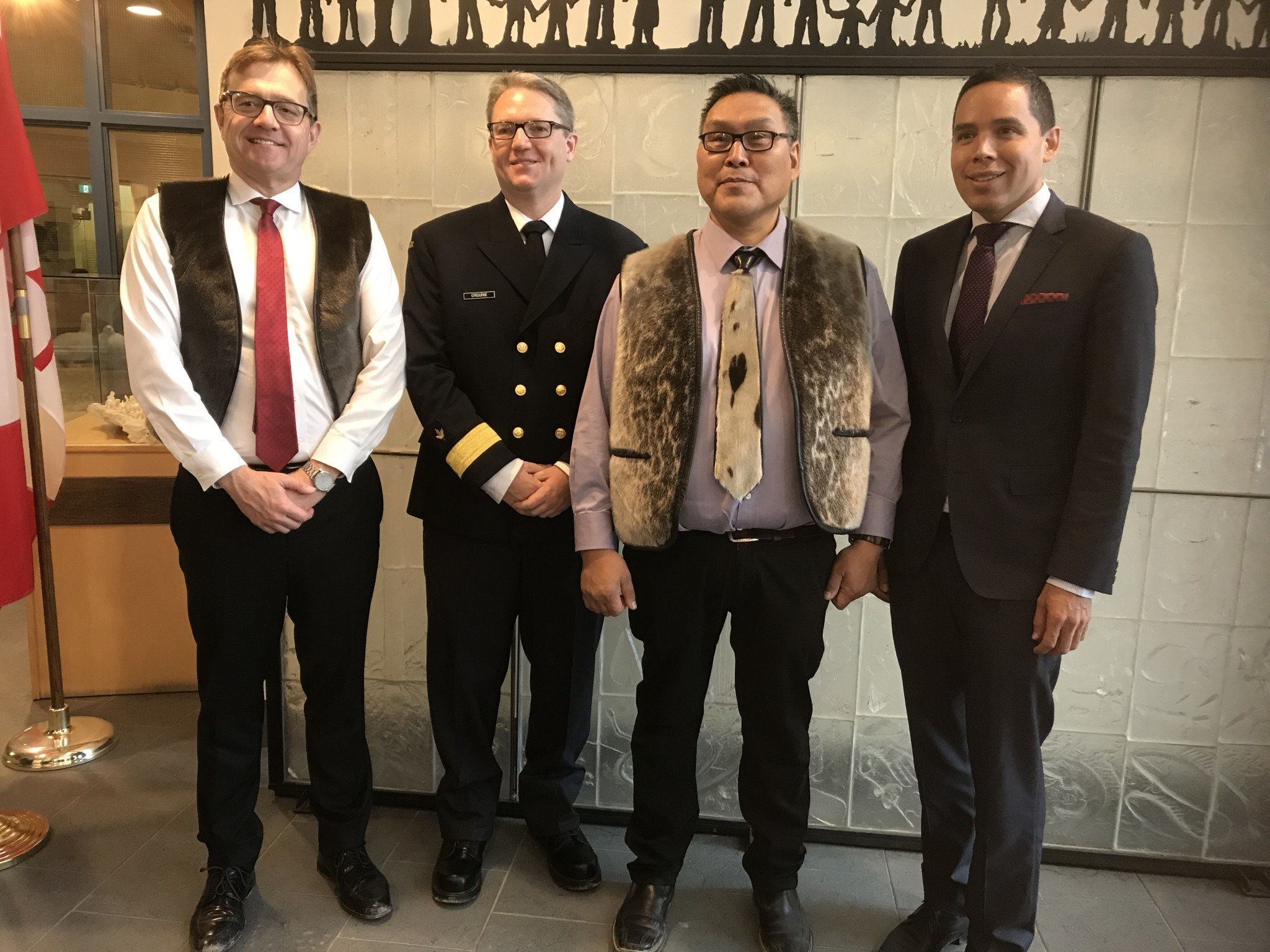 By Patricia D'SouzaOctober 24, 2018No Comments

As the changing climate opens up this region to greater fishing, shipping, resource development and other interests, DFO, the Coast Guard and ITK want to ensure that Inuit and all Indigenous peoples, as well as residents of the North are at the center of the Department’s decision-making in the region.

The creation of the Arctic Region will be implemented in phases and has already begun with the hiring of a new DFO Regional Director General, Gabriel Nirlungayuk, who will be based in Rankin Inlet. The new Assistant Commissioner of the Coast Guard, Neil O’Rourke, will be based in Yellowknife. They will both work with Inuit and all Indigenous peoples, as well as residents of the North to define the borders of the new Region and its activities.

The new Region exemplifies DFO’s and the Canadian Coast Guard’s commitment to advancing reconciliation and pursuing a renewed relationship with Indigenous peoples which is based on recognition of rights, respect, co-operation and partnership. It will enable DFO and the Coast Guard to work more closely with Inuit and all Indigenous Leaders, Indigenous organizations, stakeholders and all residents of the Arctic on innovative approaches to program and service delivery.

“I am proud to create a stand-alone Arctic region in the Department that will ensure Indigenous peoples and other residents of the North are at the center of decision-making in programs, files and projects in their region. This is an important step towards reconciliation that would not have been possible without the close collaboration with Inuit Tapiriit Kanatami.”
The Honourable Jonathan Wilkinson, P.C., M.P., Minister of Fisheries, Oceans and the Canadian Coast Guard

“Inuit Nunangat is a distinct geographic, political and cultural region that includes the Inuvialuit Settlement Region (Northwest Territories), Nunavut, Nunavik (Northern Quebec) and Nunatsiavut (Northern Labrador). We welcome the creation of a new Arctic Region that is inclusive of these regions and the specific policy needs of Inuit, and that is staffed by Inuit.”
Natan Obed, President, Inuit Tapiriit Kanatami

“Our government is committed to working with Northerners to co-develop long-term opportunities that support a strong, diversified, sustainable and dynamic economy in the North. The creation of a new stand-alone DFO Arctic Region, alongside our co-development of a new Arctic and Northern Policy Framework, will help build healthier communities, respect the rights and interests of Indigenous peoples, and protect Canada’s rich natural environment.”
The Honourable Dominic LeBlanc, P.C., Q.C., M.P., Minister of Intergovernmental and Northern Affairs and Internal Trade

“I am proud to be Inuk and I`m pleased we are creating this new Arctic Region to be closer to the people in the North.  I grew up in the Arctic, it’s a beautiful place that many Canadians don`t get a chance to see.  In my new position, I want to help southerners understand the northern perspective and ways of doing things and I want to make sure Northerners are part of our Department’s decisions and projects”
Gabriel Nirlungayuk, DFO Arctic Regional Director General

“Collaboration with Indigenous peoples and communities is critical to keeping mariners safe and protecting Canada’s coasts and waterways. I am proud to represent the Canadian Coast Guard as we work to advance reconciliation with Indigenous peoples in the North. The co-development of the new Arctic region will help address the challenges unique to the North using Indigenous knowledge, and local expertise and capacity.”
Neil O’Rourke, Assistant Commissioner, Canadian Coast Guard

ITK President, Natan Obed, congratulates Jordin Tootoo on his retirement from the NHL

ITK President, Natan Obed, congratulates Jordin Tootoo on his retirement from the NHL