Educational reform was a key element in the first ITK land claims proposal to the federal government in 1976. Years later it remains at the forefront of Inuit efforts to reclaim and rebuild our education systems so more Inuit students will graduate. In November 2006 Inuit Tapiriit Kanatami (ITK) launched an Education Initiative that would lead to a Summit on Inuit Education, held in Inuvik, Northwest Territories in April 2008.

The ITK Education Initiative responded to a growing sense of urgency that the educational outcomes of Inuit students needed the collective attention of all levels of government, policy makers, Inuit organizations, school boards and parents.

This report summarizes the outcomes of the process leading up to and including the Summit on Inuit Education. 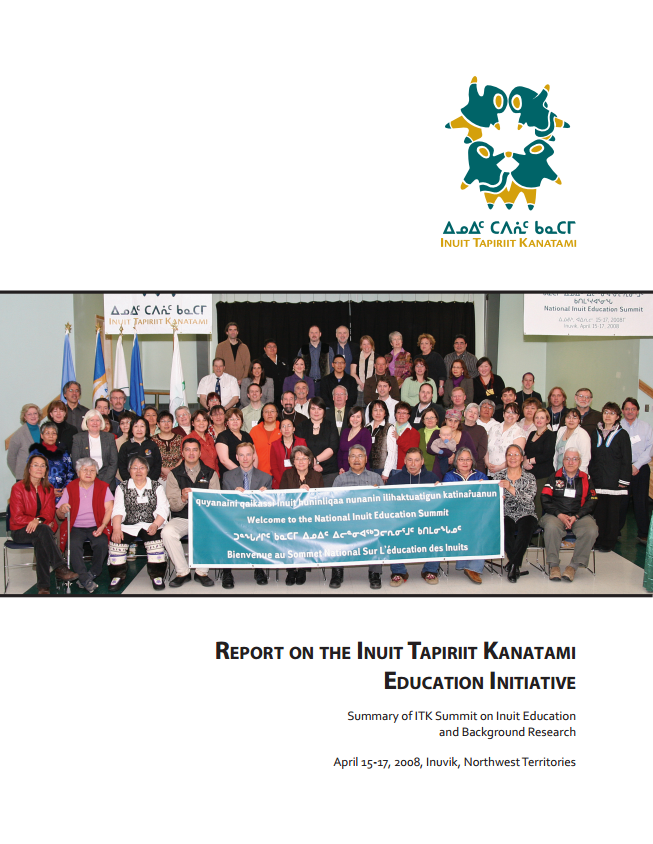