By Erin FilliterOctober 31, 2017 No Comments

Over the last year, the research project entitled “Foundations for Student Persistence and Success in Inuit Nunangat” has been working to address the question: what are the key factors contributing to the educational success of Inuit youth? This project involves university researchers and partner organizations including Inuit Tapiriit Kanatami’s Amaujaq National Centre for Inuit Education. To address the research question, a number of different methodologies, including a case study in each of the four Inuit regions, a scan of existing practices of assessment of student achievement, and interviews with Inuit post-secondary students to understand their K-12 experience and how it contributed to their educational success.

In February 2017, in partnership with the Nunatsiavut Government and the University of Winnipeg we held an Inuit Education Forum – a gathering of Inuit educators from across Inuit Nunangat – in Nain, Nunatsiavut. In this gathering, Inuit educators shared their experience with what is helping students to thrive, both at the school and regional levels.  A few of the recommendations from the participants include:

The results shared in this paper echo decades of calls for Inuit control of a truly Inuit education system in which Inuit ways of knowing, being, and doing are reflected and celebrated, in which Inuit act as leaders, and in which Inuit students succeed. 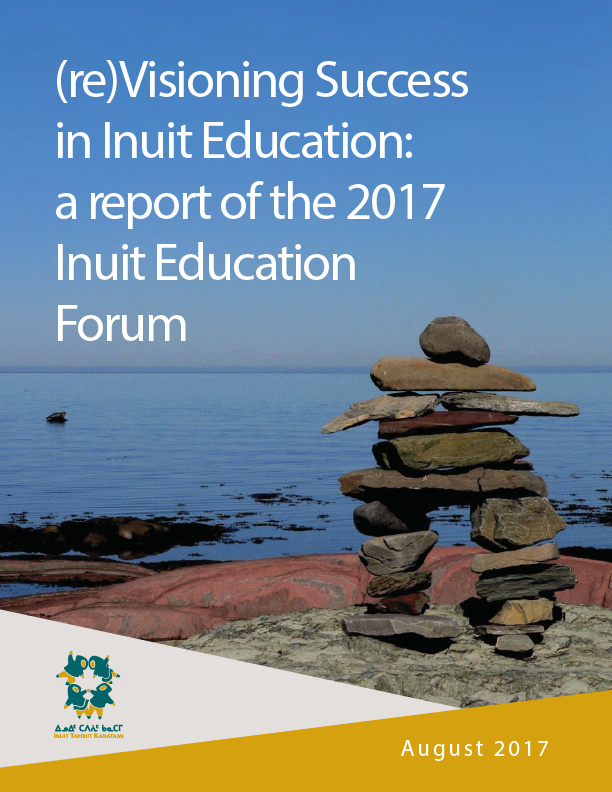