Canada’s Food Guide was developed to be relevant to all Canadians and inclusive of the 1.6 million Indigenous Peoples living across Canada. Providing the Snapshot in Indigenous languages will help bring healthy eating messages to many Indigenous communities.

As part of reconciliation, the Government of Canada acknowledges that program and policy-making must support self-determination, as well as recognize the distinct nature and lived experience of First Nations, Inuit and the Métis Nation. Health Canada and Indigenous Services Canada are committed to working with First Nations, Inuit and the Métis Nation to support the development of healthy eating tools that meet their distinct needs.

Canada’s Food Guide is an integral part of the Healthy Eating Strategy, which aims to make the healthier choice the easier choice for all Canadians. The Guide recognizes that nutritious foods can reflect cultural preference and food traditions.

Quotes:
“Canada’s new Food Guide was developed to be relevant to all Canadians. Today, I am pleased to announce the translation of Canada’s Food Guide Snapshot into nine Indigenous languages. These translations make the Guide and its principles accessible to more people.”
The Honourable Ginette Petitpas Taylor
Minister of Health

“In 2019, the United Nations Year of Indigenous Languages, I am pleased to support the launch of Canada’s Food Guide Snapshot in nine Indigenous languages. This will contribute to the availability of healthy eating tools for Indigenous Peoples while recognizing the importance of language and culture to overall health.”
The Honourable Seamus O’Regan
Minister of Indigenous Services

“ITK is pleased that Canada’s new Food Guide is now available in Inuktut. Availability of the Food Guide in four Inuktut dialects is a key means of ensuring access to this guidance across Inuit Nunangat. We look forward to continuing our work with Health Canada and Indigenous Services Canada to develop Inuit-specific healthy eating tools to complement the new Food Guide.”
Natan Obed
President, Inuit Tapiriit Kanatami

“Language and culture are at the heart of the Métis Nation. Along with the Indigenous Language legislation, having Canada’s Food Guide now available in Michif is another welcome step forward in recognizing our unique Michif language and culture in Canada, and in its revitalization.”
Clément Chartier
President, Métis National Council 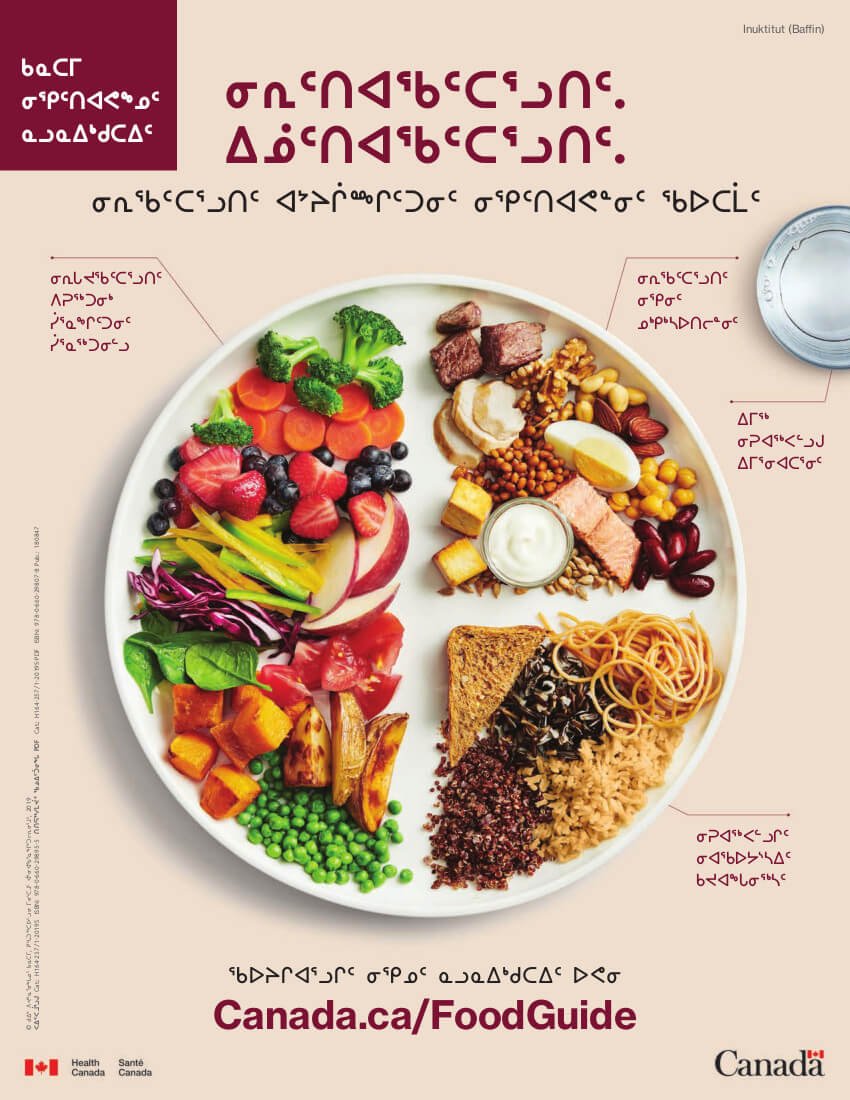