By Juhi SohaniFebruary 5, 2007 No Comments

The Inuit of Canada and Her Majesty the Queen in right of Canada signed a Partnership Accord on May 31, 2005. 1 The Inuit of Canada are represented in the Partnership Accord by Inuit Tapiriit Kanatami (ITK), on behalf of the Inuvialuit Regional Corporation, Labrador Inuit Association, Makivik Corporation, Nunavut Tunngavik Incorporated, Pauktuutit Inuit Women of Canada, the National Inuit Youth Council, and the Inuit Circumpolar Conference Canada (ICC Canada).

The Partnership Accord calls for an Inuit Action Plan (IAP) to be developed and negotiated by the Government of Canada and Inuit. The IAP must reflect the principles and objectives of the Partnership Accord and recognize the emerging global Arctic reality. The Government of Canada has recognized the growing importance of the Arctic in a world where there are “increased security threats, a changed distribution of global power, challenges to existing international. 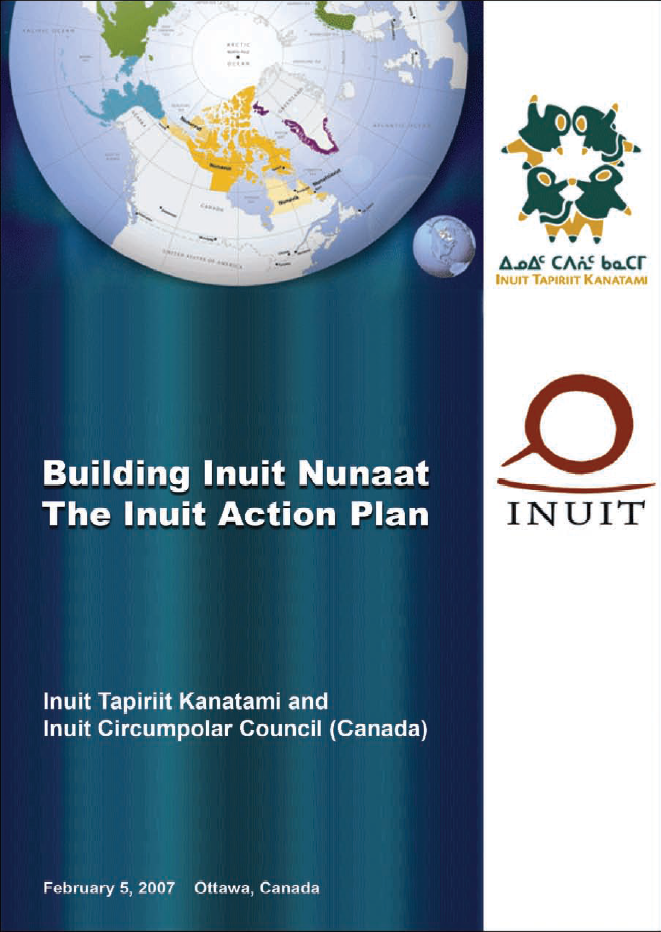