By Patricia D'SouzaApril 8, 2021 No Comments

There is no relationship more important to the Government of Canada than the one with Indigenous peoples. Since 2017, meaningful collaboration with Inuit leaders has helped to advance reconciliation, strengthen the Inuit-Crown partnership, and create a more prosperous Inuit Nunangat.

The global COVID-19 pandemic has exacerbated existing challenges in communities across Inuit Nunangat. Today’s meeting focused on how we can continue to work together to address the socio-economic inequity that make Inuit Nunangat communities uniquely vulnerable to the impacts of COVID-19.

During the meeting, the Prime Minister, President Obed, and Committee members reflected on accomplishments over the past year, including the creation of standalone Arctic Regions through the Inuit-Crown Partnership Committee process. This and other areas of shared progress, such as the ongoing co-development of an Inuit Nunangat Policy, represent key steps toward reconciliation, Inuit self-determination, and supporting meaningful, community-driven solutions to the distinct issues faced by Inuit.

In addition, the Committee established its 2021 work plan on reconciliation measures, outlined ways to create more opportunities for Inuit as we recover from the pandemic, and continued targeted discussions on overcoming barriers to create distinction-based funding for infrastructure projects in Inuit Nunangat.

The Inuit-Crown Partnership Committee reflects a shared commitment to a renewed Inuit-Crown relationship and reconciliation based on affirmation of rights, respect, cooperation, and partnership.

“The global COVID-19 pandemic has disproportionately affected the health and wellbeing of people across Inuit Nunangat. Today’s meeting was an important opportunity to address these inequalities, while continuing to advance reconciliation, strengthen the Inuit-Crown relationship, and make a real difference in the lives of Inuit.”

“Since the last meeting of the Inuit-Crown Partnership Committee with Prime Minister Justin Trudeau in March 2020, the world has changed, and the relationships built through this collaborative process have been essential in mobilizing emergency support for Inuit across Canada. This partnership remains key to our success in achieving our shared goals for the creation of equity between Inuit and other Canadians.” 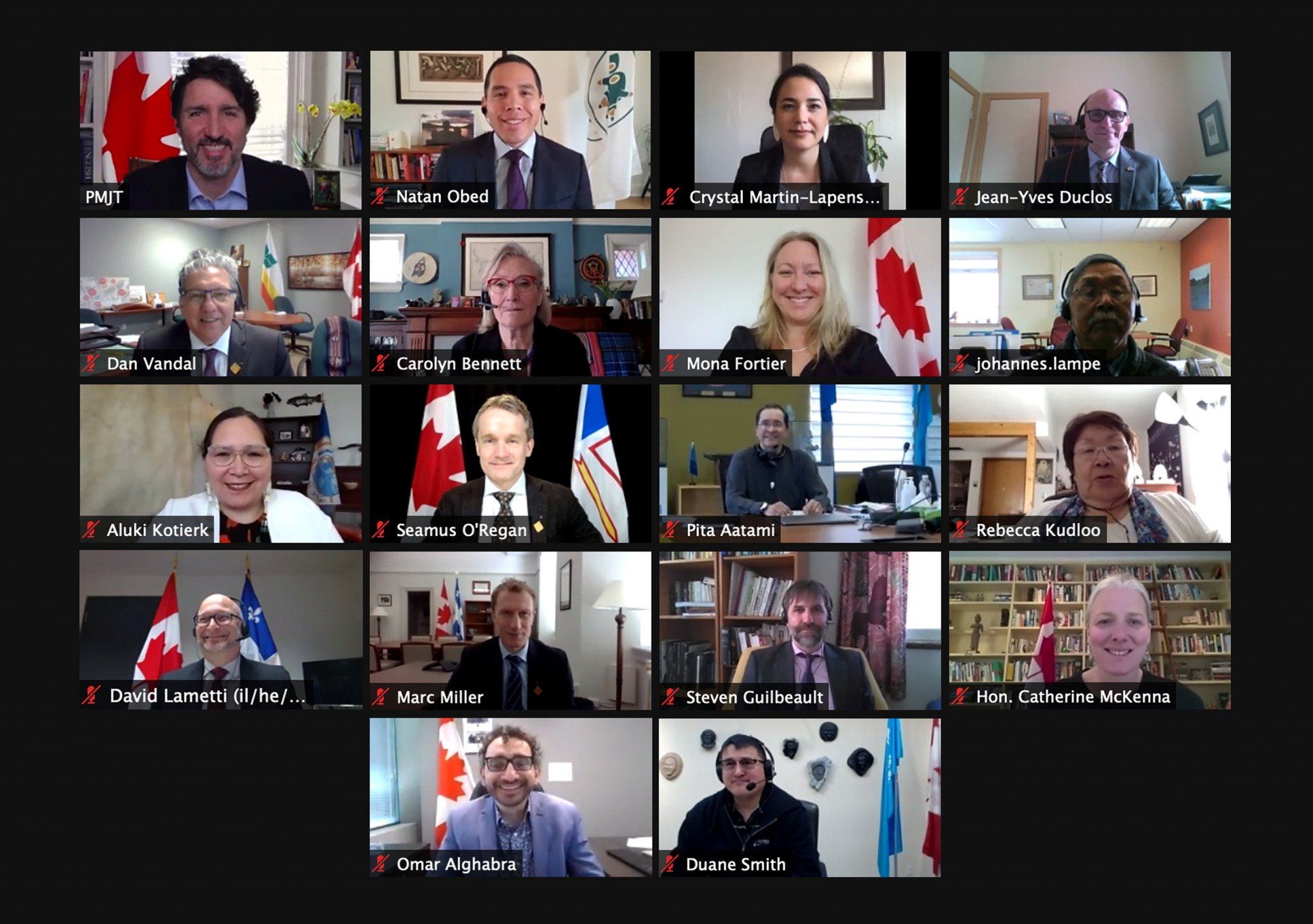