Health Indicators of Inuit Nunangat within the Canadian Context

This document uses information from the Statistics Canada mortality database to provide insight into the health of Inuit. It compares two time periods, 1994-1998 and 1999-2003, within the four regions (the Inuvialuit Settlement Region of the Northwest Territories, Nunavut, Nunavik and Nunatsiavut) that make up Inuit Nunangat. It also compares Inuit Nunangat results with national results. Information for Inuit Nunangat includes all residents of this area, both Inuit and non-Inuit. In some cases there are significant differences between regions or within sub-populations, such as age groups. The results show that injuries, smoking-related causes of death and causes amenable to medical intervention account for a growing proportion of the inequality in life expectancy between residents of Inuit Nunangat and Canada as a whole. 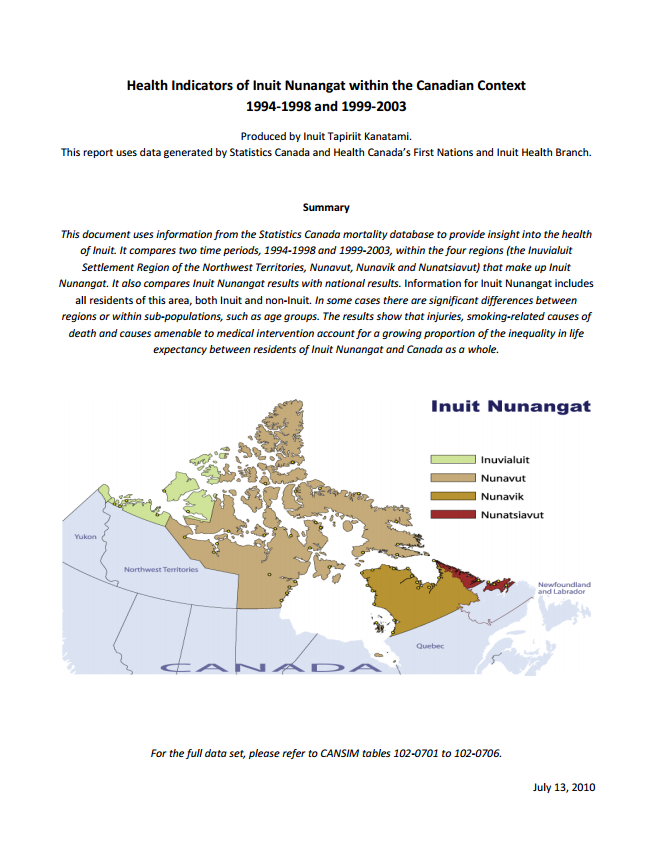