Inuit-specific Approaches to Healing from Addiction and Trauma

The intent of TI’s inaugural Mamisarniq Conference in 2006 was to create the first forum for face-to-face interaction between Northern and Southern frontline workers involved in Inuit-specific trauma and addiction and mental wellness issues, many of whom had been communicating for years by telephone and e-mail alone.

One of the most important results of that seminal gathering was that a powerful sense of network emerged, especially for Northern workers who felt isolated in their communities.

The 2007 edition of the conference continued to build on that sense of network and followed up on one of the 2006 conference’s key recommendations, namely to “Bring Northern and Southern frontline workers together to present on their Inuit-specific programs and services.”

Inuit-specific Approaches to Healing from Trauma and Addiction 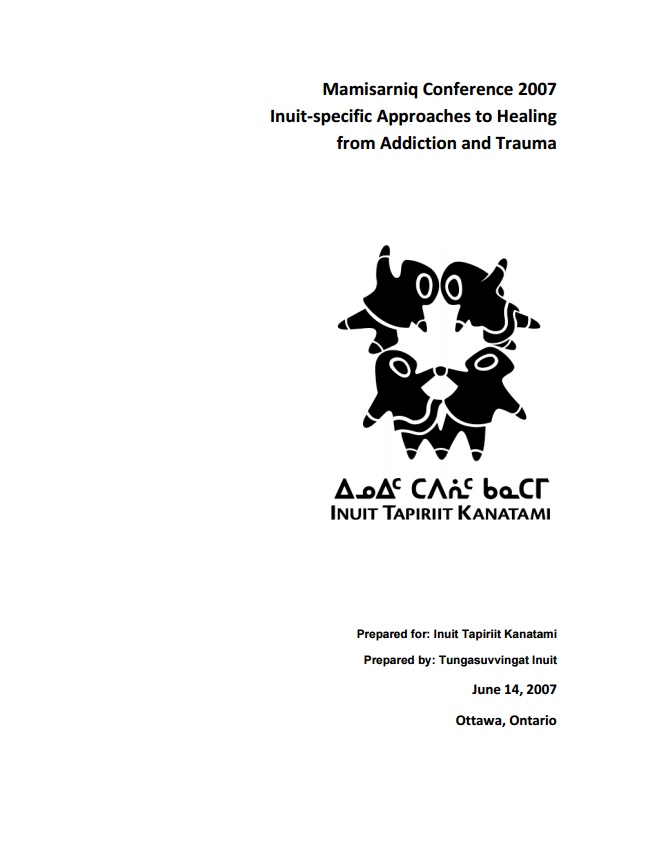