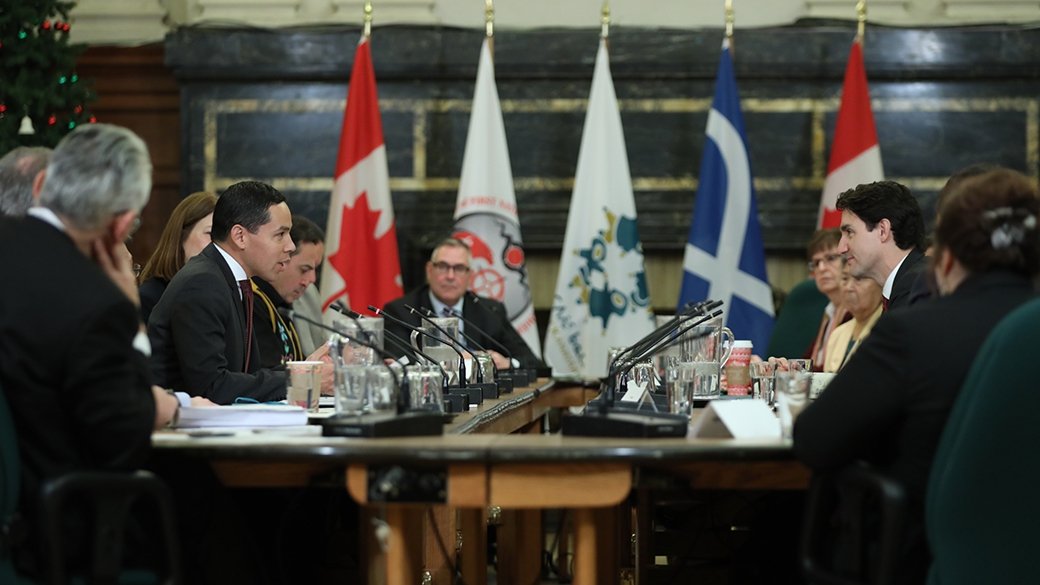 Inuit to Crown Partnership Advances with Announcement of Formal Structure

December 15, 2016 — In January 2016, Inuit Tapiriit Kanatami President Natan Obed and the ITK Board of Directors met with Prime Minister Justin Trudeau to lay the groundwork for a renewed Inuit to Crown partnership. Today the two leaders agreed to a permanent, Inuit-specific process to ensure that Inuit and the Government of Canada develop, implement, and evaluate shared Inuit priorities for the betterment of Canada, Inuit Nunangat, and all Canadian Inuit.

The new structure would be responsible for ensuring that the federal government works strategically and effectively with Inuit leadership in implementing Indigenous and Inuit-specific actions. Additionally, it would facilitate intergovernmental collaboration to overcome barriers to work together more effectively on the complex challenges facing Inuit. Membership and mandate will be determined jointly by Inuit and the federal government.

“With this announcement, we are one step closer to realizing our shared vision of a truly collaborative partnership between Inuit and the Government of Canada focused on improving the lives of Inuit,” said Obed. “This new structure will be the focal point for a renewed Inuit to Crown partnership. A unified approach is necessary to work effectively on priorities such as achieving social equity, reducing poverty, investing in infrastructure and education, and working towards reconciliation.”