By Essential Studios™March 25, 2013 No Comments

World TB Day provides the opportunity to raise awareness about the burden of tuberculosis, and the progress that is being made to combat the disease. This year, ITK is happy to announce the release of the Inuit-Specific Tuberculosis Strategy, a document that sets the groundwork for addressing the stunning disparity of TB rates for Canadian Inuit.

The rate of TB in Inuit Nunangat is higher than in any other part of Canada.  In 2011, the reported incidence rate of TB for Inuit was almost 254 times the rate reported for Canadian-born non-Aboriginals and roughly 38 times the rate reported for Canada overall. This disparity is believed to be the result of a number of influences that are unique to Inuit Nunangat and the Inuit experience of TB.

Recognizing the urgency to decrease the rates of TB in Inuit Nunangat, ITK has been collaborating with the Inuit Public Health Task Group and other Inuit health partners to collectively develop the Strategy.  It’s goal is to increase awareness of the need for more effective approaches to TB prevention, control, and care for Inuit.  It also lays the framework for the development of an Inuit-Specific TB Action Plan to present a collaborative path forward in the development of effective and sustainable solutions to reduce TB in Inuit Nunangat. 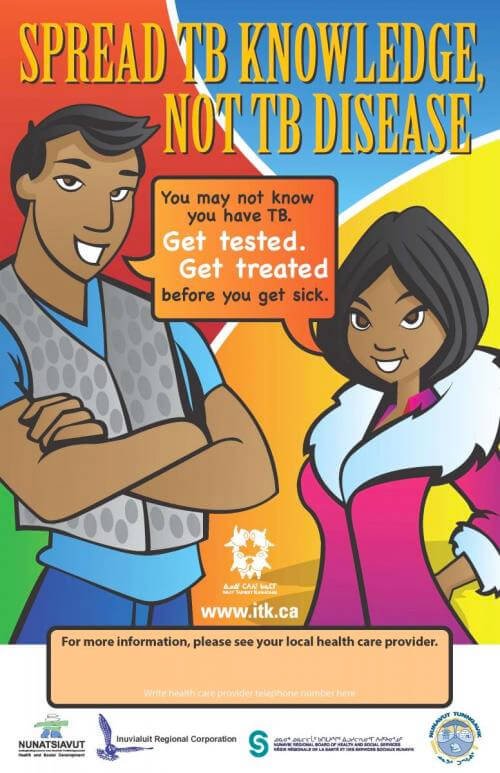