By Patricia D'SouzaAugust 2, 2019 No Comments

August 2, 2019 – Inuit Tapiriit Kanatami congratulates the Qikiqtani Inuit Association on the announcement this week of the creation of a National Marine Conservation Area at Tallurutiup Imanga. The area is important to Inuit, who travel there from several communities in Nunavut’s Qikiqtaaluk region to harvest wildlife for food and clothing. It is also a significant area for Canada and the world, as home to 75 percent of the global narwhal population, 20 percent of Canada’s beluga population, Canada’s largest polar bear subpopulation, some of the largest colonies of seabirds in the Canadian Arctic, and some of the thickest multi-year pack ice on the planet.

The announcement is also a significant element of Inuit self-determination, fulfilling calls by Inuit starting in the 1960s, when oil and gas exploration began in the region. The agreement envisions a different type of environmental protection and conservation, in which Inuit will continue to use the area for harvesting.

“I am very proud to have played a very small role in linking this initiative with our larger initiatives across Inuit Nunangat through the Inuit-Crown Partnership Committee, in collaboration with Inuit leaders, the Prime Minister and federal ministers,” said ITK President Natan Obed.

Highlights of the Tallurutiup Imanga and Tuvaijiuittuq Agreements 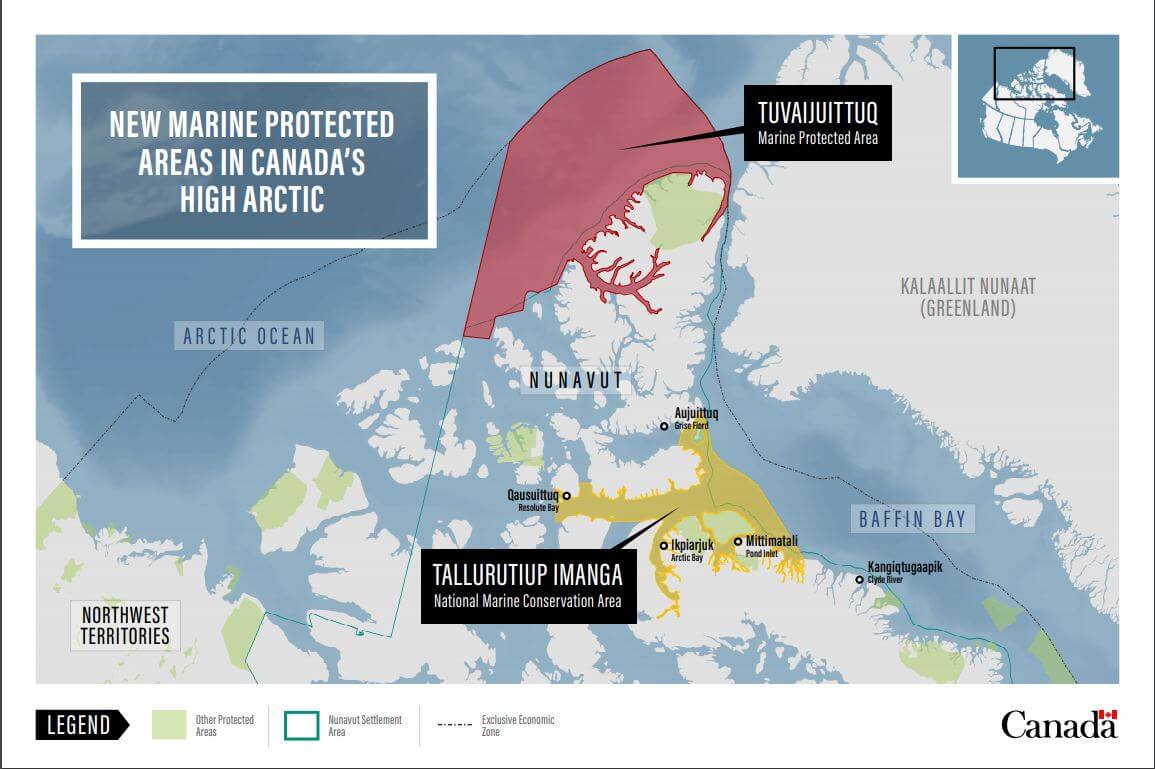