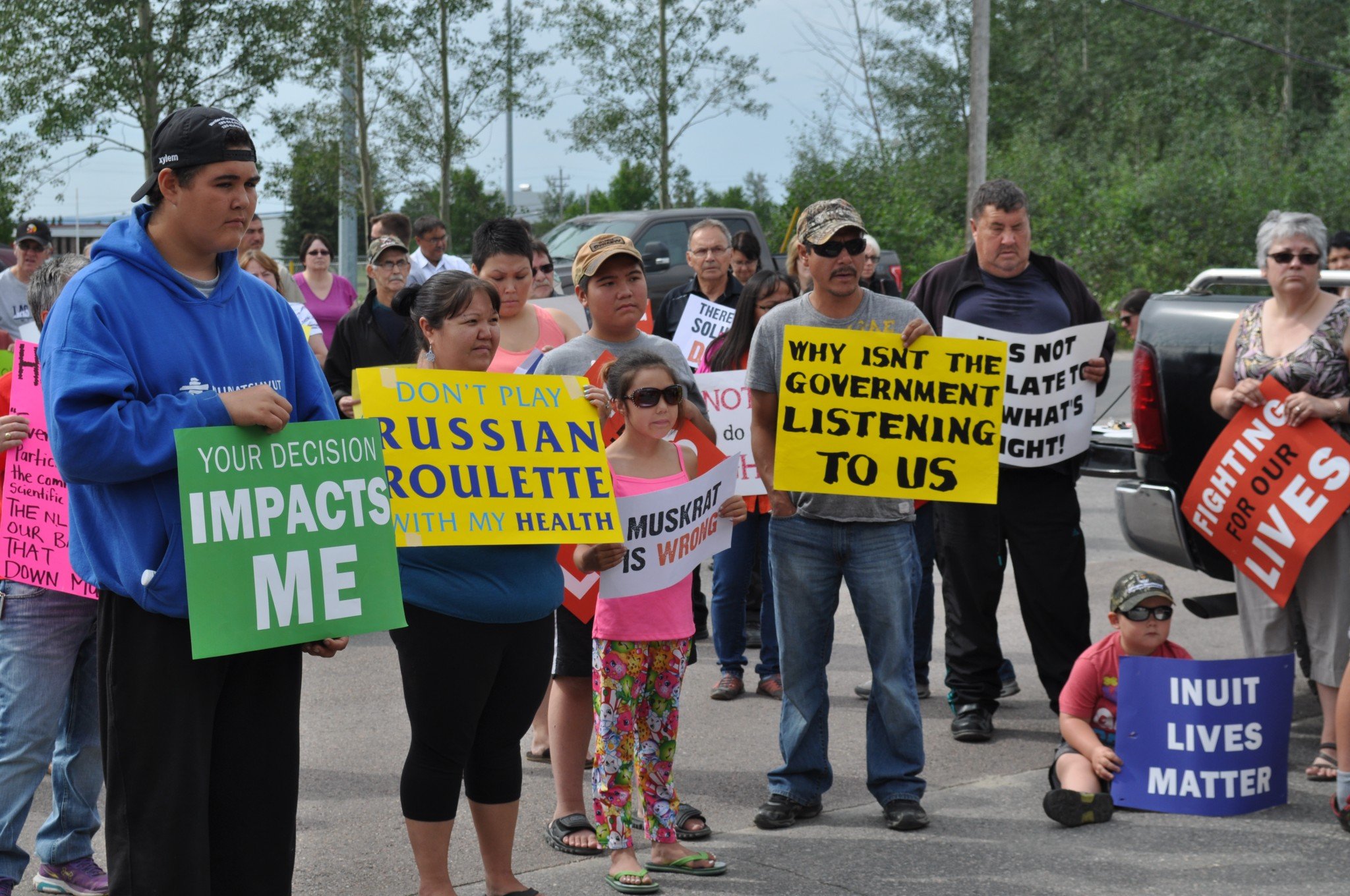 September 29, 2016 — Inuit Tapiriit Kanatami joins the Nunatsiavut Government in calling on the governments of Canada and Newfoundland and Labrador to demand changes to the Muskrat Falls hydroelectric generation project in Labrador to mitigate the environmental and health impacts of the project on Labrador Inuit before flooding of the reservoir is scheduled to begin after Oct. 1.

The Nalcor Energy project involves the construction of an 824-megawatt hydroelectric generating facility on the lower Churchill River, approximately 30 kilometres west of Happy Valley-Goose Bay, Labrador. The facility consists of two dams and a powerhouse.

The Nunatsiavut Government’s recommendations include requiring Nalcor to fully clear the Muskrat Falls reservoir of trees, vegetation and soil prior to flooding; mediation of environmental and human-health monitoring and management plans by an independent expert advisory committee reporting to a joint management body on which Inuit are full partners; and preventing any activities that affect Inuit health and harvesting rights to commence before Nalcor has negotiated and Impact Management Agreement with the Nunatsiavut Government.

“ITK joins Nunatsiavut Inuit in calling on the Government of Canada to intervene and use its authority to require changes to the project. We also strongly encourage the Government of Newfoundland and Labrador to implement the Nunatsiavut Government’s recommendations before flooding begins,” said National Inuit Leader Natan Obed, President of Inuit Tapiriit Kanatami.

“This is an urgent matter, and I have written to the Prime Minister to ask him to fulfill his public commitment to respect the precautionary approach in regulatory decisions, environmental decision-making based on science and establishing new relationships with Inuit on an Inuit-to-Crown basis – respecting rights and accommodation of those rights.”

Scientific evidence shows that the Muskrat Falls project will significantly increase the amount of mercury and methylmercury flowing into Lake Melville and accumulating in the fish, marine mammals and birds that use it. As a result, human methylmercury exposures are expected to increase to harmful levels for hundreds of Inuit who harvest these animals.

Lake Melville is an ecologically significant estuary located partially in the Labrador Inuit Settlement and used by Nunatsiavut Inuit for hundreds of years. During the environmental assessment and approvals process, little was known about the downstream impacts of the project on this delicate ecosystem.