OTTAWA, ONTARIO (March 24, 2019) – The President of Inuit Tapiriit Kanatami, Natan Obed, and the Minister of Indigenous Services, Seamus O’Regan, issued the following statement today: On World Tuberculosis Day, we are pleased to report that progress continues to be made towards the elimination of tuberculosis (TB) in Inuit Nunangat.

In 2016, the incidence of TB among Inuit in Inuit Nunangat was more than 300 times higher than in the Canadian-born, non-Indigenous population. In March 2018, Inuit Tapiriit Kanatami and the Government of Canada committed to reduce active TB by 50% by 2025 and to eliminate TB across Inuit Nunangat by 2030. Since then, regional organizations in high TB incidence regions have collaborated with local partners to develop regional action plans outlining how these goals will be achieved across Inuit Nunangat.

These regional action plans are guided by Inuit Tapiriit Kanatami’s Inuit TB Elimination Framework, released in December 2018. The Framework sets priority areas for investment and action towards TB elimination, as well as being an evidence-based, transparent tool for ensuring accountability and measuring progress toward TB elimination. Its six priority actions are:

The regional action plans have been developed in consultation with communities, Inuit organizations, partners in health service delivery, provincial and territorial governments, experts in TB programming, care and research, and local health care providers. While each region has specific needs and challenges with regards to TB elimination, all regional action plans commit to:

The Government of Canada recognizes the importance in closing the health gaps between Indigenous and non-Indigenous peoples. Budget 2018 announced $27.5 million over five years to support an Inuit-specific approach to tuberculosis elimination. This is in addition to the $640 million over 10 years announced in Budgets 2017 and 2018 to address Inuit Nunangat housing needs.

Earlier this month, Prime Minister Justin Trudeau apologized to Inuit on behalf of the Government of Canada for its actions during the TB epidemic between the 1940s and 1960s. In the words of the Prime Minister on TB elimination, while “…our new approach is founded on working in partnership, it’s also based on seeing TB for what it truly is: a disease that cannot be cured by medicine alone.”

As such, our shared commitment to eliminate TB in Inuit Nunangat is met with a shared determination to meaningfully address the social determinants of health, which have a direct influence on the prevalence and transmission of TB, including poverty, food insecurity and inadequate housing. Together, we can improve these factors and achieve our goal of TB elimination in Inuit Nunangat. 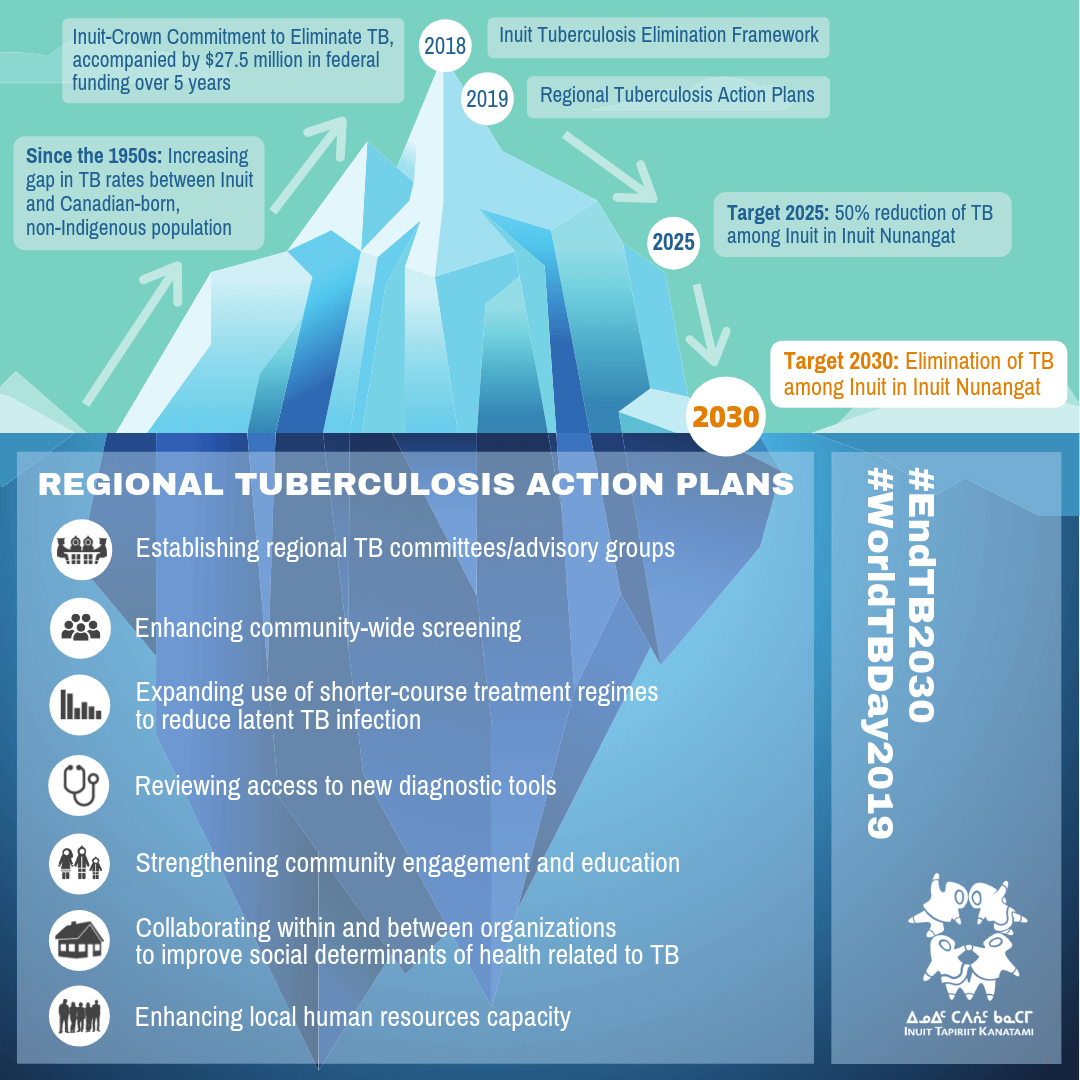