Comprehensive Report on the Social Determinants of Inuit Health

Ottawa, ON, November 19, 2014: Inuit Tapiriit Kanatami, Canadaâ€™s National Inuit Organization and its National Inuit Committee on Health (NICoH) with expertise from the Inuit Public Health Task Group has released a comprehensive review on the Social Determinants of Inuit Health in Canada in response to the disproportionate health challenges Inuit face compared to non-Inuit Canadians. Inuit experience comparatively lower life expectancies, high rates of infant mortality and the highest suicide rates of any population group in the country.

The Social Determinants of Inuit Health in Canada report is an Inuit-specific resource designed to support public health activities across the Inuit regions in Canada and to function as a reference for organizations and governments working within the Canadian health and social service sector.
Drawing from current data sources and in collaboration with other Inuit organizations, agencies and governments, this report highlights the key social determinants of health for Canadian Inuit including: quality of early childhood development, culture and language, livelihoods, income distribution, housing, personal safety and security, education, food security, availability of health services, mental wellness and the environment.

The report determines that effective solutions to health disparities will involve addressing these underlying factors and focusing on a holistic view of health. While summarizing the key challenges that exist in each of these areas, the report and accompanying fact sheets also highlight practices that have resulted in positive outcomes for Inuit health.
Collaborators on the report include representatives from each of the four Inuit regions, the Chief Medical Officers of Health from the governments of Nunavut and Northwest Territories, Labrador Grenfell Health, and federal, provincial and territorial public health officials. 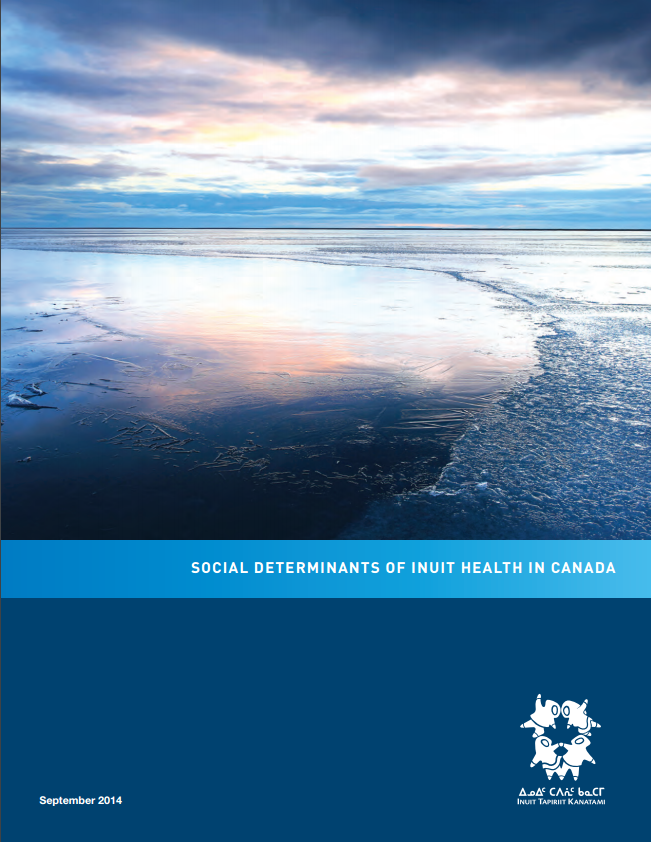