On March 25 and 26, 2014, Inuit Tapiriit Kanatami’s Amaujaq National Centre for Inuit Education hosted a workshop with members of the Atausiq Inuktut Titirausiq to begin community consultation preparation as part of implementing the feasibility study of standardizing the Inuktut Atausiq writing system in their respective regions. This is in response to one of the recommendations as outlined by the National Committee on Inuit Education in the 2011 First Canadians, Canadians First: National Strategy on Inuit Education.

The Atausiq Inuktut Titirausiq Task Group members come from the four Inuit land claims regions and urban centres. Other participants participating in the workshop include key stakeholders and language experts from universities and Inuit communities. The attached is a summary of Inuit Language Writing System workshop. 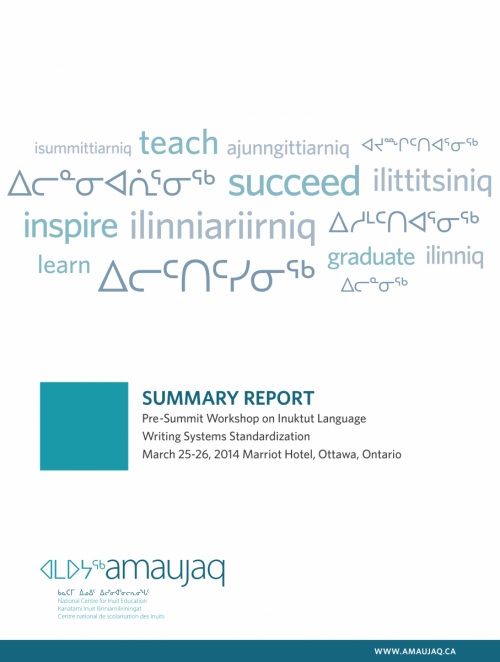