UNICEF Canadian Supplement to The State of the Worlds Children

“Canada” comes from the Wendat (Huronian-Iroquoian) word Kanata, meaning “village” or “settlement.” But what is Canada? Who are we? Are we willing to accept that in Canada, some children are seven times more likely to die in infancy than others? That some children are 50 times more likely to be hospitalized with preventable illnesses, such as chicken pox? The fact that these children are Aboriginal and live in one of the most affluent nations in the world ignites anger in some of us, and concern among many. But anger and concern are not enough.

Leaving No Child Behind 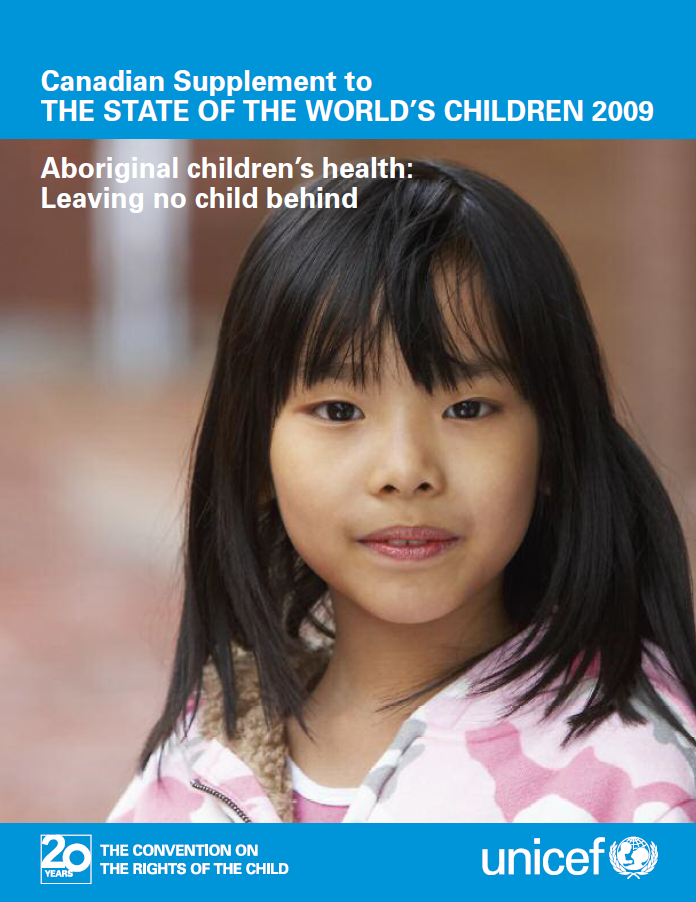